I'm just going to start with the finished product. This was a new experience and I have a problem with being too wordy, so this will save people lots of time and scrolling :) 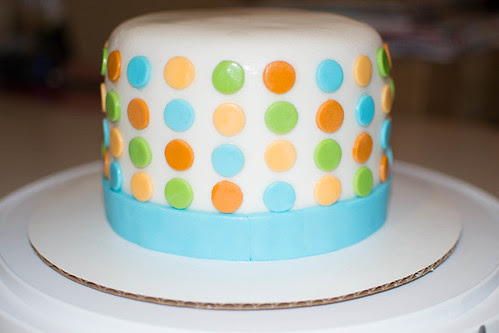 Now on to the wordy backstory. I'm known around these parts (meaning where I work) for making cakes. It's not unusual for me to get a request, but this one was different. It had me scared. Why? One word. Fondant.  I have never had the guts to attempt it. I've had some unfounded biases against using it too. First, I have heard that it tastes gross. Being a buttercream girl, it's hard for me to replace that with something that doesn't taste nearly as good. Next, I heard it's a huge pain to work with. That alone was enough to keep me away. I like my cakes easy.

However, fondant cakes are SO pretty. I'd never gotten the chance to work with it before (mostly because I avoided it). No better time than a new year to try something new, right? Also, the mama who needed the cake for her one year old's birthday was OK with the fact that I was a fondant newb. Challenge accepted.

The cake was to be lemon flavored, so I made the cake I've done before in this post and just left out the blueberry part of it. That was the easy part. I made the cake one night and decided to dirty ice and give it a fondant cover the next night. Being a newbie to fondant, I decided to defer to the experts at Wilton. Call it cheating, I'm OK with that :) 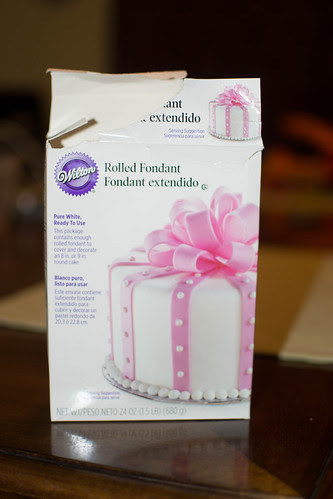 I found some varying opinions online about how to roll fondant. Use cornstarch, no - use powdered sugar. Roll 1/8 inch, no - roll 1/4 inch thickness. I heard some warnings about cracking and showing wrinkles if too thin so I went with 1/4. In retrospect, that was probably too thick. Here it is rolled and covered. At this point, I think I'm doing OK. Kinda looks like a dress. And that's how some of the youtube videos described it so I thought I was alright. 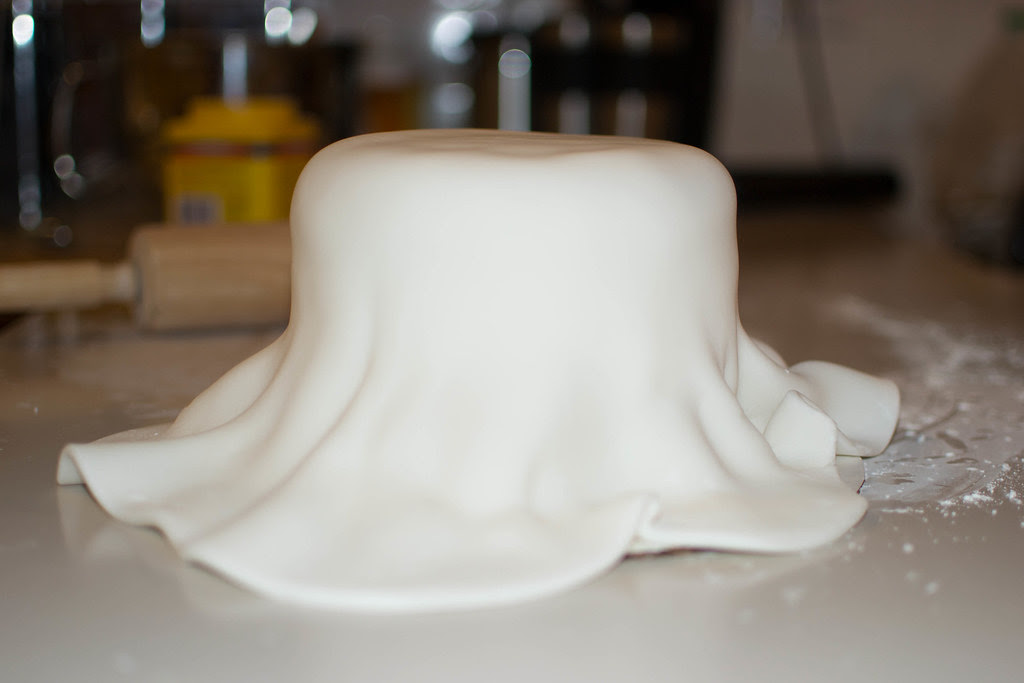 Then, I started tucking the bottom. I quickly realized that this was not going to be easy. No matter what I did, I just could not get rid of the wrinkles at the bottom. I smoothed and smoothed, but it wouldn't give and the top was starting to stretch. I started to wonder if I bit off more than I could chew. I hoped that the fondant ribbon I was going to put on the bottom would cover most of the wrinkling. I decided to head to bed at 11:30 that night with it looking like this. 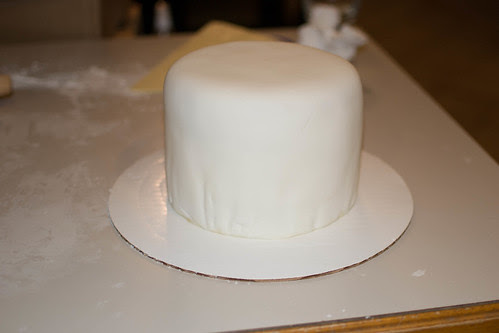 Then came night three. Cake was due the next day and the pressure was on. Thing is, I was out of fondant because I had only bought enough for the cake, apparently. Another thing all the videos say is to buy more than you think you need because fondant keeps for a long time. Noted. I'm not sure what got into me, but I thought I could make it. I ran to the grocery store and bought items for a recipe I saw that claimed to taste like buttercream. I won't post it, but I will say if you come across such a recipe, go ahead and avoid that. It never got to a fondant consistency so I couldn't even roll it, it just kept breaking apart and never lost it's greasy sheen from the shortening. Very disappointing. I will say, I should have just asked for Jessica's (BGC's cupcake blogger) advice before I even started. She had never even heard of buttercream fondant :) 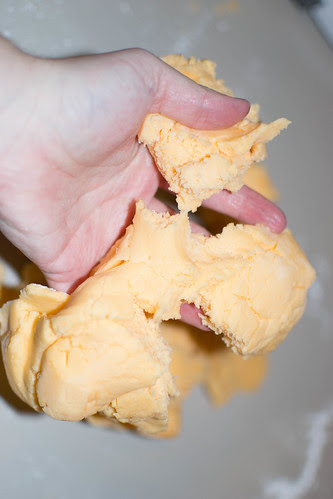 At this point, it was 9:30. Just in case the buttercream recipe fell through, I had also purchased marshmallows earlier in case I needed to make marshmallow fondant. I decided against more unknown and headed to Wal-Mart to buy more fondant. Glad I could count on them for a late night cake emergency :) I was a bit worried though that I would be up all night. But once I got back home, it was like things had clicked. I dyed the fondant to match the party colors, rolled it all out, cut the polka dots and had it all together just before midnight. This is actually good for me! Here it is again. Despite it not being perfect, I'm still really proud of myself.

Overall, it was challenging. This is totally normal from everything I read/saw on youtube. Almost every video I watched stated that it takes lots of practice to get it right, so that makes me feel better. I was also able to put that other bias to rest. I tasted it when I was done and I didn't cringe. It was actually not too bad! It's no buttercream, but it's certainly not gross :)

Now that I sort of have a clue as to what I'm doing, I might be using fondant on my son's birthday cake. We shall see. Either way, I'd definitely try again.

Almost forgot to add that the cake is modeled after the topper on this party post. I will update again when the mama does her post. It was SUCH a cute set up!